“We cannot stop the waves of misfortune, but we can learn to ride them so that misfortune somehow feels like fortune” – Pelican Bay 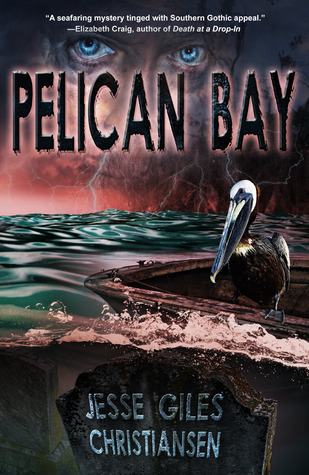 Some things are better left alone…

After Ethan Hodges discovers an undersea cemetery just off the beach of Pelican Bay, South Carolina, he seeks answers from a grandfatherly fisherman named Captain Shelby. The captain wants the past to remain buried, and he warns Ethan to stay away. But Ethan doesn’t listen.

Ethan’s best friend and secret love interest, Morgan Olinsworth, joins in the investigation, unearthing intriguing secrets about the mysterious fisherman. When Captain Shelby is suspected of murder and disappears, a manhunt ensues, revealing a truth that unnerves everyone in Pelican Bay.

“How much does a man live, after all? Does he live a thousand days, or one only? For a week, or for several centuries? How long does a man spend dying? What does it mean to say “for ever”? Pablo Neruda” – The House of the Spirits 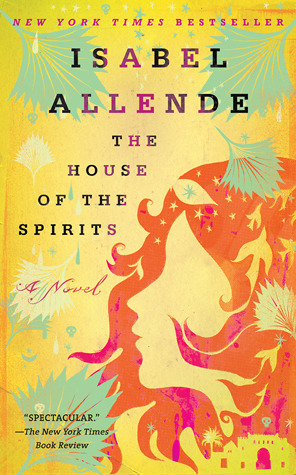 In one of the most important and beloved Latin American works of the twentieth century, Isabel Allende weaves a luminous tapestry of three generations of the Trueba family, revealing both triumphs and tragedies. Here is patriarch Esteban, whose wild desires and political machinations are tempered only by his love for his ethereal wife, Clara, a woman touched by an otherworldly hand. Their daughter, Blanca, whose forbidden love for a man Esteban has deemed unworthy infuriates her father, yet will produce his greatest joy: his granddaughter Alba, a beautiful, ambitious girl who will lead the family and their country into a revolutionary future.

The House of the Spirits is an enthralling saga that spans decades and lives, twining the personal and the political into an epic novel of love, magic, and fate.

“For a wedding rehearsal? It’s in a church, right?” He screwed his face up in a pious look. “Spank me, Father, for I have sinned,” he said in a falsetto.” – For a Few Demons More 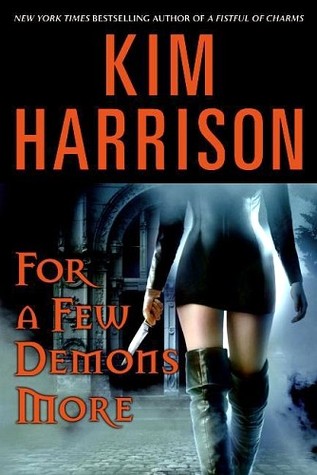 Despite dating one vampire and living with another, Rachel Morgan has stayed ahead of trouble until now. A serial killer stalks the Hollows, claims victims across society, and ignites a vicious Inderland gang war. Rachel hides an ancient artifact that could stop the killer or start a battle to the death among supernatural races of Cincinnati. Every action has its price. When the vampire master Piscary is set free and the demonic Algaliarept dares to walk openly under the sun, even Rachel Morgan can’t hide forever.

“Being born and dying are the only two things we do perfectly. There’s a hundred percent success rate.” – A Fistful of Charms 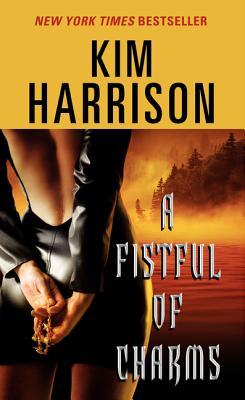 The evil night things that prowl Cincinnati despise witch and bounty hunter Rachel Morgan. Her new reputation for the dark arts is turning human and undead heads alike with the intent to possess, bed, and kill her — not necessarily in that order.

Now a mortal lover who abandoned Rachel has returned, haunted by his secret past. And there are those who covet what Nick possesses — savage beasts willing to destroy the Hollows and everyone in it if necessary.

Forced to keep a low profile or eternally suffer the wrath of a vengeful demon, Rachel must nevertheless act quickly. For the pack is gathering for the first time in millennia to ravage and to rule. And suddenly more than Rachel’s soul is at stake.

“I guess that was more uncomfortable for you than I expected.” He took a couple of steps toward me, put his hands on my shoulders and looked into my eyes. I stared back, and then everything went black. – 64% of The Forgotten Ones (The Danaan Trilogy)

Allison O’Malley’s plan is to go to grad school so she can get a good job and take care of her schizophrenic mother. She has carefully closed herself off from everything else, including a relationship with Ethan, who she’s been in love with for as long as she can remember.

What is definitely not part of the plan is the return of her long-lost father, who claims he can bring Allison’s mother back from the dark place her mind has gone. Allison doesn’t trust her father, so why would she believe his stories about a long forgotten Irish people, the Tuatha de Danaan? But truths have a way of revealing themselves. Secrets will eventually surface. And Allison must learn to set aside her plan and work with her father if there is even a small chance it could restore her mother’s sanity.

He smiled at the comment, taking his hand out of the wind and placing it on the steering wheel so he could put his hand on mine.

Emma Walker was a writer who’d lost herself to someone else’s anger–who had given up on ever feeling like herself again.
Evan Levesque was a rock-god–the one all the woman wanted, but he’d never gotten used to the loneliness between the stage and real life.
With just one cup of coffee they’ll begin a journey of self-discovery at each others sides, but can Emma handle Evan’s fame while dealing with her own demons? Emma’s checkered personal past, a bad relationship that haunts the edges of her memories, threatens to make everything implode on them when Evan takes matters into his own hands.
Sticks and stones may break my bones, but your words…they’ll destroy my soul–Can Emma handle being put back together and facing who she’s become because of it?

“If you take with you anything that I say, let it be this: life isn’t how long you live it, but what you do with it. When you have lived for too long and experienced to much, the lines between right and wrong, good and bad, begin to blur.” – 45% of The Exemeus

Hyalee Smith is dead, she just doesn’t know it yet.

Her short life was devoted to love and to hate. Love of the man who stole her heart, hate for the man who stole the world. Murdered by the government she swore to destroy, she has been given another chance to make it right. But to save the planet, she needs the help of the most powerful mystic the world has ever seen—unfortunately he hasn’t been born yet.

In a world where fear is the only currency, Dephon has committed the ultimate crime:inspiring hope.

His only goal is to make it safely through ninth grade, but on a post-apocalyptic Earth run by the Treptonian government, it isn’t that simple. Heir to a legendary power, Dephon Johnson is the only threat to the government’s rule. And on Trepton, all threats must be eliminated. When hundreds of assassins are dispatched to neutralize him, Dephon is forced to fight back. His only chance of survival is to enlist the aid of the greatest warrior the world has ever known. The only problem is, she’s been dead for 13 years.

Dean walked over to the sofa and sank down on it before pulling out a pack of cigarettes. Shit. He was not what I wanted to deal with right now. – Page 10 – Forever too far by Abbi Glines

Rush promised her forever… but promises can be broken.

Torn between his love for his family and his love for Blaire, Rush has to find a way to save one without losing the other. In the end one has to be more important. Letting go isn’t easy.

Blaire believed in her fairytale… but no one can live in a fantasy.

Her love for Rush and desire to have a family keep her believing that they can find a way for this to work. Until she has to make the right decision for her and the baby. Even if it breaks her heart.

Can they find the forever that they both want or has it all just gone… too far?

Justin bounced his forehead off the steering wheel and sighed. For somebody who spent his adult life trying to do right, he sure ended up with a lot gone wrong. – Page 13  of Crashing the Congressman’s Wedding

Alice Cramer is tired of being pitied for her family’s transgressions, so she resolves to break out of the gutter and into the spotlight. As long as her local congressman can forget about their checkered past and help her secure a federal grant to open Harmony Falls Little Theatre, she’ll be the brightest star in town. But when Alice stands up in church and stops the congressman’s wedding, she dives headfirst into fresh scandal.

Why is Harmony Fall’s golden boy, Justin Mitchell, speeding down the interstate sans a new wife but with the local drama queen he’s been trying his whole life to avoid? Alice Cramer may have saved him the hassle of an arranged marriage to a woman he didn’t love, but she’s also put a business transaction big enough to save an entire town in jeopardy—not to mention his reputation.

Soon Alice and Justin are dredging up and indulging in an attraction that threatens all their dreams and aspirations. But what if life together is the dream that matters most?

It was something of a relief to know he would no longer be in the Student Center. I wasn’t certain about how to process the unexpected attraction I felt toward him. My mind had a hard time believing Cameron would be flirting with me – Page 20 of The Disappearing Girl

Last year, Kayla’s world imploded. Her beloved father died, leaving her alone with a narcissistic mother who is quick to criticize her daughter’s appearance. During her winter break from college, Kayla’s dangerous obsession with losing weight begins.

Kayla feels like her world changes for the better overnight. Being skinny seems to be the key to the happiness she has desperately been seeking. Her mother and friends shower her with compliments, telling her how fantastic she looks. Kayla is starving, but no one knows it.

Cameron Bennett explodes into Kayla’s life. He’s sexy and kind—he has every quality she has been looking for in a guy. As Cameron grows closer to Kayla and learns of how far she’s willing to go to stay thin, he becomes desperate to save her.

Kayla’s struggles with anorexia and bulimia reach a breaking point and she is forced to confront her body image issues in order to survive. She wonders if Cameron could be the one to help heal her from the pain of her past.

New Adult Contemporary-Ages 17+ due to language and sexual

Tours we are on: